A downloadable game for Windows and macOS

Something strange has appeared on earth – multiple gigantic beings with unique languages... and you're the only one who can deter them. You are the translator

A unique experience in which you are tasked with translating and conversing with unidentified entities. Your goal is to make them leave, while using their unique languages.

NOTE: MAC VERSION SEEMS TO BE TEMPERAMENTAL. May or may not work.

Note: Linux version is currently broken, will will be updated soon

Sidenote: This game was made in 2-1/2 months, by a single person!

Not done yet, but I love the game so far! I've encountered a few bugs, should I elaborate on them here or is there a specific spot to report them?

Glad you’re liking it! You can elaborate on them here

dude this game is awesome. i would love to see a bigger version of it with a partial story and an actual endgame. if you have played ea's FE that would be an amazing way to make this game. i am a writer for stories if you need some help with a story but this game has potential and i havent even finished the first beast yet

Thanks man, that means a lot! I don't really plan on elaborating on this game much, or really making a sequel per se so I don't think i'll be in need, but i'm glad you find it engaging!

Mouse sensitivity was unfortunately too high for me as well, but the concept of this game is fasinating! I do worry that I might not be able to respond fast enough if any real-time element is involved in this game. This game is tagged as horror - is there jumpscares of any kind involved?

Nope, no jumpscares at all. There also aren't any major real-time elements either, aside from a part where you have to rotate a wheel to talk. Yeah, the mouse sensitivity seems to be everyone's Achilles's heel, I just updated the game and added a sensitivity slider, so give that a whirl!

Awesome! Thank you very much :D

Oh boy, that doesn't sound good. That might mean that the Mac port is broken? I haven't heard many comments from Mac users, so I can't say for sure if that's what's going on. Either way, I've updated the Mac release port, see if this new one works!

Hmmm, well then i'm not quite sure what might be the issue. I'll need to look into it

Same, i was so excited to play the game but it's just a black screen to me :(

The mouse sensitivity is extremely high :(

Other than that it was a lot of fun

I don't know why but it won't load, I am playing on MacOS and it just sits on a black screen with an eerie ambience sound playing, you would expect this intro from a lot of horror games but it just doesn't change. How do I fix this?

Im not sure, but that definitely isn't intended. It could be a bug. Does this happen every time you open it?

Alright, then that's probably a performance issue. Both games require pretty good specs, so i'm guessing it's because your comp isn't strong enough

i just discovered this game yesterday and its sooo gooood. If you have the time it would be great to add settings and stuff, if not thats fine. I know you said you dont have any plans for this game, but i just love the atmosphere and the sense of scale of these creatures that id really like you to do something with this. It was really fun trying to translate the languages to english and then to croatian and trying to figure out what they were trying to say. I do wish you could be friends with them tho ;( #lovetheorb

Haha thanks! Never would of thought of translating it to other languages; that's really cool! Not saying it's never gonna happen again, just that I'm currently doing stuff for other projects for a while

I love this. Do you have plans to do more of this in the future?

I "beat" Cow (though I'm not sure how?) and finally beat the others.

Also were you at least partially inspired Close Encounters of the Third Kind? Creaker definitely gives off those vibes.

Plans for this kind of game? Not really. I usually like to explore different genres, but if I get a bunch of new ideas for a "translation" game, I just might.

As for inspiration, Close Encounters wasn't on the table at all actually, since I haven't gotten around to seeing it yet. I'm actually making a little blog post about the game rn, i'll be talking about all that!

I LOVED this game! It was so creative and the massive entities were so incredible to look at. This was wonderfully made and the translations were so fun to figure out. I was able to beat every one and made a small walkthrough/review of the game.

I had more issues understanding Cow than the others. I felt like I was doing more trial and error with it than actually understanding it; I'm not sure if I totally grasped how to use the dial. However, Cow's design was my favorite :-)

Thanks for making this awesome game, I'd love to keep playing more just like this!!

Thanks, man! Glad to see you like it! The cow def does have a weird and abstract language ( Love the vid and review series btw! :) )

Thank you so much, that means a lot! I'd love to see more of this game or other ones like it in the future! :-)

Is there a way to turn down the graphics? It's a beautiful game and I'd love to spend more time with it, but it takes too long to load between screens (and melts my computer). I'm also having trouble with my mouse sensitivity.

It really is a well-thought-out concept, and I love the creepy tone in the visuals, music, and story. I'm glad that I at least got the chance to dip my toes in, thanks to the sale. If only my computer were beefier!

Ah, unfortunately there isn't. It was made in a very short time-span, so I didn't really have the time to optimize properly or add options. Sorry 'bout that! Glad you like it though!

Yeah, same. My computer would barely open the main menu.

But I'm afraid the Linux build for this game is borked as well. In this case, the game crashes as soon as you select an entity. Judging by the Unity logs, the problem seems to have to do with save file managing.

This is the error I found at first: https://pastebin.com/2HN4ws8n

Then, after I manually created an empty TotemSaveFile.dat, I got this error: https://pastebin.com/hTd5wznK

Again, like with Bittersweet, the Windows build worked alright with Wine and DXVK.

Agh, thanks for telling me, the error really helped! Will try to fix that soon. Do you know if saving works on Windows on your end?

After experimenting for a bit, I guess the answer to your question is "Yes", because:

So in conclusion, I'm no longer sure the "file not found" exception was relevant to the crashes with the Linux build... :\

PS: The game was rather hard to play because I didn't get a little dot in the middle of the screen acting as a crosshair, but that could well perfectly be a Wine issue...

Reply
psychroclasm163 days ago
My god, the Cow is probably the scariest of the creatures. It's just so ridiculously massive, and it's the one that wants to talk philosophy.
Reply
Shakles160 days ago

Reply
psychroclasm170 days ago(+1)
Sorry it took me so long to get back to it! Cow and Totem are set to release next Monday.
Reply
Shakles169 days ago

Awesome! Loved the vid! (I suggest you download the latest update though, I fixed a major bug with the Cow ^)

Oh, no. I recorded a while ago, and I got past the cow on the first question and was like "That can't be right." And then I spent a while trying to at least get all five questions, and never could, so I just moved on to Totem.

Oh, that's a bummer, that's exactly what I patched too. Oh well, at least it's fixed now

This is my new favorite game genre. It's a whole new type of puzzle game.

Thank you so much! That really means a lot! Glad you like it :)

Are there any plans for a Linux version ?

Currently there aren’t any plans, but perhaps in the future sometime that might happen

Fair enough. If you do change your mind and are able to make a Linux version count me in for a purchase !

A creative and truly unique experience! I've only managed to "finish the conversation" with one of the beings so far, but I'm eager to try and figure out how to talk with the others.

I don't think this game is for everyone, but if you don't mind putting in a bit of work, it feels pretty rewarding when you begin to understand each other.

Thank you so much! That's pretty much exactly what i wanted it to be, so i'm glad it turned out that way! Btw, there indeed was a glyph missing on the pause screen, sorry 'bout that! I'll fix that asap 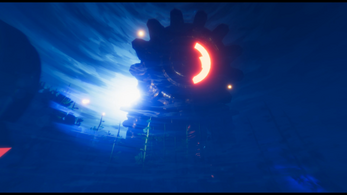 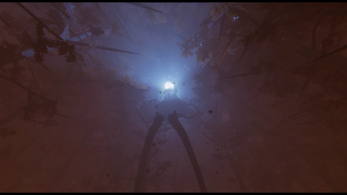 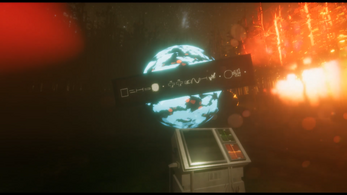 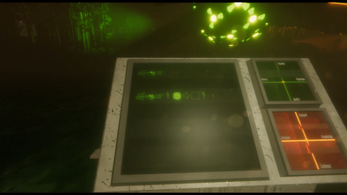 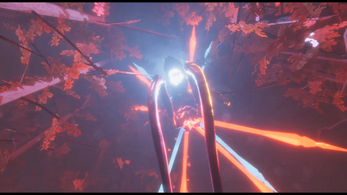 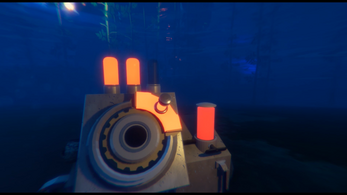