A downloadable mystery for Windows and macOS

You happen to pass by a lake you've never seen before, and what you see baffles you:

An island being born out of the lake itself. You go in to investigate it... and see a paddleboard already set up for you...

A unique, very experimental experience in which you are tasked with discovering the mystery behind the newborn island while riding a paddle board that you control manually.

NOTE: MAC VERSION SEEMS TO BE TEMPERAMENTAL. May or may not work.

Sidenote: This game was made in less than 2 months, by a single person!

Two years later, but I finally discovered the secrets of Lake Largo with the help of my sister after randomly remembering the game lol.

Haha nice, thank you so much! That was quite a thorough playthrough and I'm glad you liked it! It's definitely my most rushed work, but I'm happy to hear some people are talking about the game after all these years lol

this is neat but the control scheme is too much work. It completely killed immersion for me. Dragging is fine until my mouse cursor shoots up because I moved the mouse back into position, then I have to recenter it unless I want to stare at the sky. I think I'll just watch a playthrough instead.

Cool game!  I played Totem and really enjoyed it, and I'm planning on playing your other game soon too.  I came back a few times and progressed further and further each time before eventually unlocking both endings.  The more I was in this world, the more I grew to love every bit of it!  I can't wait to see what you do next!!

I do have some constructive feedback though.  It would have been nice to have a way to replay the messages from the voice.  In Totem, you had that on the pause screen.  You need something similar here or even better possibly interacting with the radio could replay the message.  A few times I was searching for a very long time, and I started to forget exactly what the voice had said.

Secondly, the boundaries that trigger events should be refined a bit.  For example, on my first playthrough, I was confused what "my side" of the lake was on because I walked to the far side of the island.  I then walked on land, ended up by the dead trees in the water and accidenlty triggered the alternate ending progression.  The problem was that it didn't trigger the initial items so I couldn't figure out what to do.  I watched one of the playthroughs posted on here and figured it out, but it would be nice if you moved the "you're going the wrong way" message to the little inlets to make it very clear where you're not supposed to go.  It would have also been nice to have a message stating that the land is off-limits or something.  I spent some time looking on land first for the items before reading a comment saying everything is in the water.

Once I figured it out though, the game was great!  Loved the ending.  It was an incredible reveal!  Hope you don't mind the super long post.  Just wanted to give my full feedback!

Hello, I have just played a few minutes of the game, and I was really struck by the music, It is definitly something i'd want to listen to regurlarly. Would you be able to put the game's soundtrack on here for a download, either at an extra price or with the game, I don't mind. If you don't own the rights to do that, where could I get the music myself?

Hey! Glad you like it! The soundtrack is made up of songs made by Soul Bandit, which you can get on their soundcloud:

The individual song names themselves are in the credits I believe.

I've never been so intrigued by a game and so frustrated that I couldn't progress, for the life of me I spent hours scouring for any of the items couldn't find anything I believe I even found the path if you skip the items but couldn't progress past the big stone pillar thing and found a huge boat so confused definitely worth a look hope somebody unravels an ending. screw the trees screw the thing that ate me. my play through here:

Lol love the video! Some hints: The items you need to find are on either side of the map, left and right from the perspective of the menu. Then, bring them back to the runestone on the island. From there you will be directed to your next destination. Btw, the face isn't the only thing in the water :)

phew I don't know if I can handle more than the face that was almost too much for me haha I was too scared to swim are the items in the water at all or are they on the actual shore/land part if that doesn't spoil too much? I'll have to give it another attempt when I can I really want to know what happens

They're (almost) all in shallow water, so you'll have to go for a light swim! There's basically nothing outside of the water. Though for a little extra hint for something later on, since I fear it might not be super clear, the last, last item will be on the shaded side of the peninsula nearest wherever you are when it gets mentioned.

Thanks fam I'll definitely try it again and post an update if I succeed!

So, gave this game multiple gos. It was - sadly - always the same disappointment. In puncto gameplay. I need to say I really stick with the aesthetic graphics, they are absolutely lit but the gameplay itself gave me no chills, no joy, basically nothing and thats very sad when we look at how gorgeous the environment looked. I would really wish more twists in the game like things that come random at the player, nothing you really expected.

I give this game a rating of 2 of 5, there`s potential with a wonderful environment but it lacks of creeps and shiver moments.

I honestly need to say I`m glad I grabbed the game when it was free, 4$ would have been a waste for me.

Thanks for the honest review! Yeah, Bittersweet was definitely rushed and I think that shows very clearly, though I do REALLY appreciate the comments because it's really going to help with future projects. Btw, did you manage to "finish" it? I'd like to know what you thought of the "ending" and story in general, especially if you happened to play through the alternate path after skipping the item collection part

Two months later, but there is an alternate path? Never noticed it. Unless you mean the part after being warned about the true nature of the "Happy trees".

Nope, there's another. It gets hinted at after reaching the end. Basically, just ignore the item collection bit on the starting side of the lake and go straight to the other side past the new island, you'll get more backstory on what's going on with the lake.

Hi! First and foremost, thanks for the freebie! :)

I'm afraid the Linux build is somewhat borked, though. It's playable, but it has a strange graphical glitch. It's not easy to explain in words, but basically the whole screen is replicated in the lower left quadrant (and, in turn, the lower left quadrant of that quadrant is completely black): see here and here. I didn't find anything in the log that could explain this behavior.

The Windows build doesn't have this problem (I could run it with Wine + DXVK). 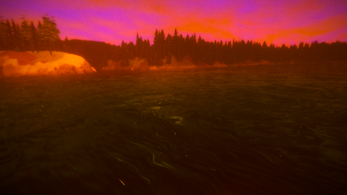 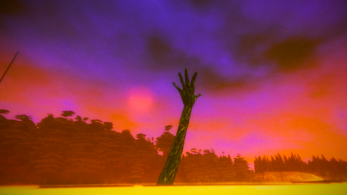 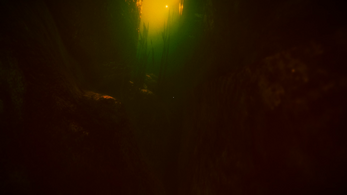 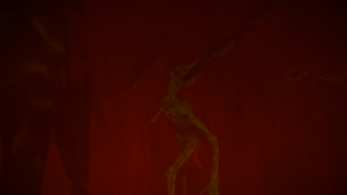 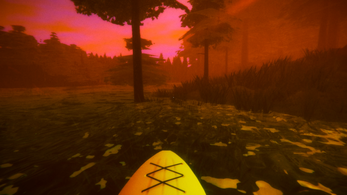